Opponents used to fear Patrick Willis on the gridiron, but now fish fear him on the water!

The hard hitting defensive linebacker was an absolute beast for the San Fransisco 49ers. Then he decided to retire from the NFL at just 30 years old in 2015 (on his own terms after an amazing short lived career due to the desire to preserve his body and health for the future of his own well-being). Now days, he is hitting it just as hard on the water.

Patrick Willis is living a strong, healthy, and very happy life outside of football. Aside from his ongoing endorsements, personal entrepreneur investment opportunities, and extraneous workout routines, he enjoys being laid back and relaxed during his downtime by getting out on his Nitro Z-8 bass boat to go fishing as often as he desires.

Bamm Bamm seems to mostly enjoy freshwater fishing for largemouth bass on the California Delta waterways and a few nearby lakes. However, he has also been known to dip a line in the ocean for a little saltwater fishing, as well. 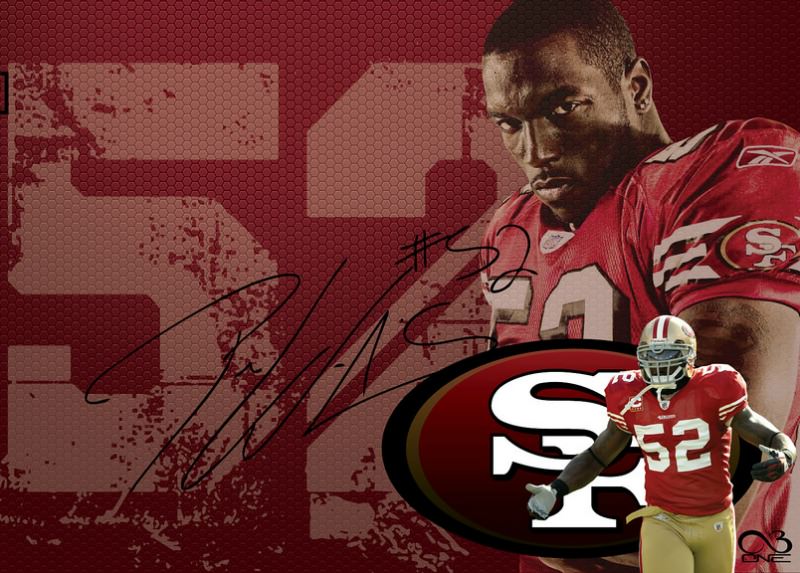 The following are 20 pictures and videos that Patrick Willis has posted on his Instagram page. There are a bunch more that he has put up on his feed, over 40 fishing related pics so far. These are just a few favorites, and some that show a little variety of his fishing adventures.

*Apologies in advance for the inconvenience. Somehow (either Instagram or Patrick Willis and/or his camp) had caused the deletion of all of the Instagram photos and video posts that we had listed below.

To avoid any further mishaps related to this issue, we rather encourage you to follow him on IG to see his fishing photos and whatever else he's got going on.

Although you won't see any of the photos/videos below, we have left the content available for you to read.

His fishing rod is inscribed with "LUKE 1:37". Different versions of the Bible vary, but the verse basically states that "For with God nothing shall be impossible."

The fedora hat is a good touch, but most importantly helps shade the sun, too.

Went fishing for a few hours this evening; not to shabby; not to shabby #2x #AGratefulMind #SimpleMan #Blessed #WorkEthic #WorkSmart #Balance #BassFishing #TheBrushHog #CreatureBait #Fishing #Serenity #Love #Life #Peace #Joy #AlwaysBelieve #OSS #HungryButHumble No matter what you do in life finding your Balance is key♒️♒️

A few good ones; a lot of smaller ones, some fun top water hits but all in all it was good times on the water! There is Nothing wrong with being Happy and Enjoying what you love to do.... Thanks Grant @bigbaitlife for the great times as always, and and for CUTTING the hook out my thumb.... #Pleasure&Play #Fishing #BassFishing #AGratefulMind #MyPeaceOfMind #Kingdom #TearsOfAStrong #TheGrind #WorkEthic #WorkSmart #AlwaysBelieve #OSS #WWOS #OSG #HumbleButHungry ....Freedom Matters, Go Open

A decent size largemouth and striped bass. Both of those fish look a little thin.

Always a pleasure to share the waters with my buddy Grant @bigbaitlife .... I remember as a kid just wishing I had a pole at times, and especially a rod and reel so I could cast into better Spots, but Now i can get in a boat, my own boat, and get around! My God is timing God, Thank you Lord....My Freedom, My Peace, My Work...It started WayBack #CaFishing #Bassfishing #AnyKindOfFishing #FishingLife #FishingBuddy #GoodTimes #ABliss #SimpleMan #AGratefulMind #Potent #OSS #WWOS #OSG #WorkEthic #WorkSmart #Potential #TrueRespectIsHardEarned #AlwaysBelieve #HumbleButHungry ...Have a blessed day to you all... Freedom Matters, Go Open

Now these are a couple fatties. This is one of my favorite pictures - Patrick Willis holding a couple big largemouth bass. 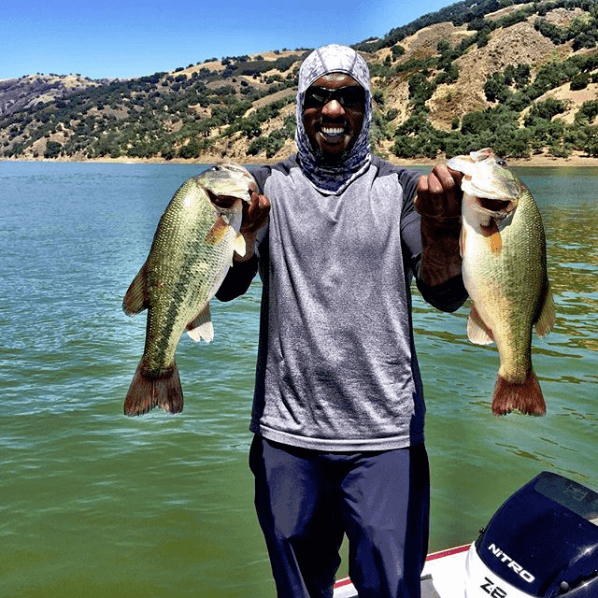 Missed two good snags but I got these 2 for the day... Ps @jonathanWillis you didn't think I was going to rest until i complete what I set out to do since I saw your Fish..LOL... We are growing wiser from lil boys to young Men!!! #AGratefulMind #Fishing #GoodMemories #OSS #WWOS #WorkEthics #TrueRespectIsHardEarned What kind of Memories are you building Happy 4th Everyone✨

Pretty sweet boat. Nitro Z8 bass boat powered with a Mercury motor, with all the bells and whistles.

Thank you Lord for a beautiful morning. Today is the day❤️! Officially My Own Ship...Captain PAtrick. Today my Joy comes not only from what you see but from what you do not. Knowledge is not Understanding, Understanding comes from Revelation, and Revelation can only come through the Creator(s) Mind. #Hebrews11:1 #Matthew6:33 #Jeremiah29:11 #Truth #AGratefulMind #ActivateLifeE52 #OpticalIlluzion #OSS #WWOS #WorkEthics #Blessed #Sweat #TearsOfAStroNg #AlwaysBelieve #ABelieverInHeros #Fishing #HumbleButHungry #HungryButHumble God Speed Everyone

Patrick Willis got the opportunity to go fishing with another former San Francisco 49er great. William "Bubba" Paris played offensive lineman for the team between 1983 to 1990.

And those are some pretty nice largemouth bass caught on spinnerbaits

What a Great guy @BubbaPeris Finally! I've heard so much about you fishing and today was the day. Pleasure to meet you! Oh and no running since you challenged us and we excepted myself & @Lurefansusa #LetsGo #UrTurkeyShoot #AreYouReady! #WeAre

Here's a few more bass on spinnerbaits after a day on the water with Bubba Paris.

A great day on the water! I even got to meet Big Bubba Peris #77 and Mr. Edison good Peoples! Grant @lurefansusa A pleasure as it always is to share the boat and the waters with you my friend! #Fishing #GreatConvo's #AlwaysBelieve MY BEST Day I'm getting there... Soon I'll be ready @m

He foul hooks into a carp in this video. This appears to be the first carp that he's ever caught.

Although Pat didn't catch anything, it sounds like he had a great time watching these kids catch a few good bass... Young and Hungry.

What a great time in the waters today. I personally didn't catch not one American fish but I enjoyed watching The new lil homie @rileyheiser catch a few. The man can fish, The big one th that you lost but that's aunt u will get him next time and it's always pleasure to learn from @apextran Young and Hungry I like it brother! Keep on Fishing! #AlwaysBelieve #HumbleButHungry @altonjrfishing @mark_zona_fishing

This video shows him swinging a bass into the boat that he caught using a chatter bait.

8hrs! Later they started...better late than never! "Slow motion is better than no motion"(P.Town) all in all it was great day... With a good Ol dude @apextran Thanks for the fishing venture! #Goodtimes #fishing #AlwaysBelieve #HumbleButHungry

A tough day it be sometimes but their is nothing like coming through at the end, especially after all the hrs of casting non stop!.... oh which 1 is bigger I couldn't really tell other than the 2nd one fought a lil harder tho! #funtimes #goodtimes #fishing #bassfishing @lurefansusa

"Yup, finally got 'em", as he states in this video. He hooked this bass with a senko.

The YETI hat is cool too, don't you think so? Get your very own YETI Custom Camo Hat

today, before they run out of stock.

A couple striped bass from the California Delta. They both appear to just be of legal size limit, barely over 18", but I'm sure he set them free back into the water. Catch and release fishing.

Just a few pics! Good times on the water this morning with Grant @lurefansusa I thought I had a coupe of 10 pounders from the fight the strippers put up, they fight hard #Delta #fishing #bassfishing #blessed

An ice chest full of striped bass that he caught while fishing along with a couple of his former 49er teammates - inside linebacker Takeo Spikes and running back Garrison Hearst.

I had an awesome time fishing this morning with my fishing buddies @takeospikes51 @dlwarfield @garrisonhearst5 now time to clean them n then get my workout in! Oh and We caught alot more as the morning went on!

Video showing Pat hauling in one his stripers into the boat.

Takeo Spikes and Patrick Willis both with trigger fish.

And you know we had to fish. Ok question who fish is bigger mine or @TakeoSpikes51 fish? We both caught trigger fish!

Apparently he was bank fishing and this is one of the crappies that he caught. I'm not sure if it's the camera angle or what, but that looks like a nice big slab!

1 of the crappies I caught

I included this one because this is the first picture about fishing that he posted on his Instagram feed. Patrick Willis caught this largemouth bass while fishing with Randy Moss.