Would you fancy a pen fishing rod?

Just like using any kind of light tackle, these pen style fishing rods can bring a rush or excitement and adrenaline when catching those big fish.

These miniature rods also make nice little cute gifts for a fellow fisherman. They're easy to pack away and carry, and cool to mess around with.

Although a little mini fishing pen rod would probably not be something you would want to go fishing with on a normal basis, they are still fun to have around, especially when catching fish with them.

These small rods are considered as the worlds smallest fishing poles. They look just like, and are about the same size of an ordinary writing pen when collapsed down. Then they telescope out up to a few feet to look like a regular small fishing rod.

They can be found and matched up with small spinning, baitcasting, spincasting and fly reels. The better ones are able to cast just as far as a 4 - 6 foot length fishing rod would be able to cast. However, it greatly depends on the quality of fishing line that it being used as well.

Being that they are as small as a writing pen makes them easily portable. They can be carried in your pockets, glove box, tool box, or anywhere else you would want.

So, they are definitely easily accessible for when the time comes, and you get the slightest chance and the urge to bang out a little fishing time at any given spare moment - lunch breaks at work, evening walks along the levee, golf course ponds, private lakes.

What Types Of Fish Can Pen Rods Handle? 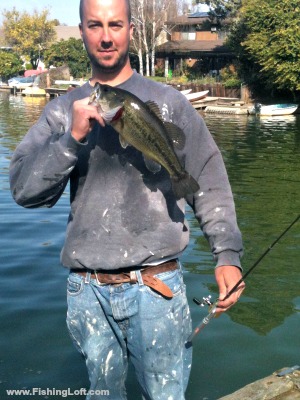 I'm sure you may have seen them advertised in magazines and on television, right?

They have been shown to catch just about any sport fish for freshwater fishing, as well as quite a few species of saltwater fish in ocean waters.

Some pen rods seem to be able to handle anything from small panfish to fish as large as a shark, providing as long as they are rigged up with the proper line and hooks.

These tiny little pen rods are super ultra light. They seem to be very fragile, yet they are able to handle some of those big fish. But, they won't be able to stand up to the everyday normal wear and tear of bumping and banging around as a normal constructed fishing rod would be able to withstand.

Bottom line is that most pen fishing rods would be fun to fool around with, or even just to have as a collectors item. Or even to use as something sort of an emergency travel rod if you were to stumble upon a nice little fishing spot while you're out and about.

That doesn't necessarily go for saying that they won't get the job done for catching fish, because they will. They just won't be something to use as an everyday go-to resourceful fishing rod. None the less, they're still cool to have.

Many people are very skeptical about the pen fishing rod and give it a bad rap. Most seem to take it a bit too serious. After all, there is only so much that you can expect from such a small item like this. Besides, it's not like they're going to compete and win a professional fishing tournament with one.