Do you want to know how to catch big monster crappie? Possibly even landing the next state or world record trophy fish?

Well, you need to adjust and take a little different approach if you expect to catch bigger slabs of crappie.

Armed with the right knowledge, and a bit of luck on your side, you too can get after those trophy sized panfish.

The following is a guide packed with invaluable tips to help put you in the right areas for locating those giants that we all seek. 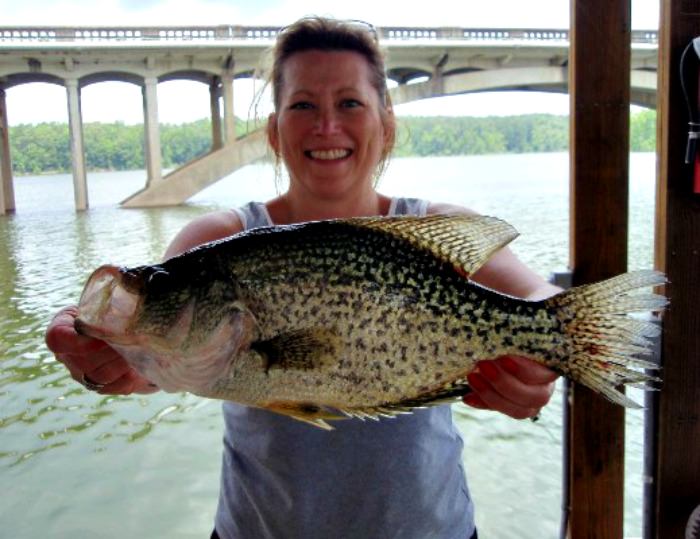 Big Monster Crappie caught out of Lake Greeson in Arkansas

Where can you find these monster slabs of crappie?

There a few key locations that these beasts can be found. Obviously, one can get lucky every now and then to find and catch a few big ones. But, to know where to concentrate your efforts will allow you to have better time management on the water.

It's important to realize that larger sized crappie generally don't often hang out with the schools of smaller size fish. They usually tend to isolate themselves away from those other fish. However, they will hang out with other fish around their same size, and they will sometimes even school up with crappie more within their weight class.

One of the best areas to hunt for big crappie are in more fertile stained waters, like deep into creek channels that are green and murky. The warmer the water the better, and the more algae there should be.

Bugs and bait fish will be abundant feeding around on the algae plants. And the crappie fatten up on them. It's like a buffet for them so they impressively thrive greatly.

Another great area to fish for big slabs of crappie will be out deep. Few anglers fish out deep for them so the crappie that roam deeper live longer, thus get bigger.

Some things to look for are isolated patches of brush, humps and other types of structure. These isolated patches will only be in the range of two to four feet wide in diameter. Move from patch to patch, dropping your bait down and around each one a few times, then move on to the next one.

Fishing The Spawn For Monster Crappie

Spawning seasons will be awesome times for banging out some big time female crappies. Of course the females will be fatter from carrying all her eggs. You can expect to find them out deep while the males build the nests.

The nests will usually be located anywhere from out to about 10 to 18 feet deep. When the females are ready, they will move up to drop their eggs then move out again. Try to catch them out deep or in when they're in the spawn beds.

You may also want to consider fishing areas that other anglers are not fishing if you are attempting to catch a world record crappie.

Fish underwater structure that may seem out of the ordinary and not on a map - fallen trees, hollow rocks and stumps are good examples to search for.

Or try walking to or wading into areas that nobody would normally be able to get to by boat or foot. 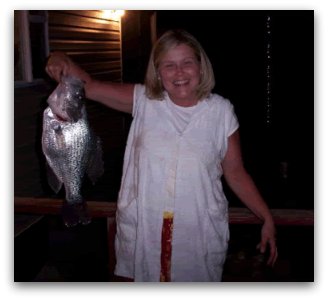 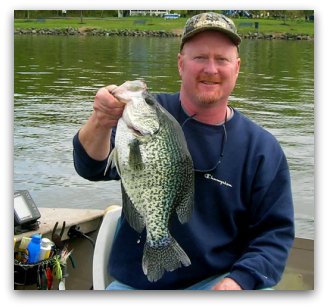