Is it live baits such as shiners or crawfish?

What about dead baits that are whole or cut up?

Or could it be the ol' faithful worm?

Let's find out what ALL fish will typically eat if it was starring them right in the face, or even if they go on the hunt for food. I've put together some major facts, along with my own tests and experiments.

The following is the result.

Opinions Versus Facts For The Best Bait 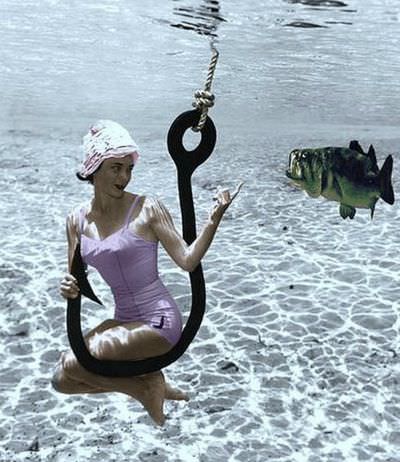 There are many fishermen that will voice strong opinions about which is the best fishing baits to use. While others would rather not expose their so called "secret" baits for catching a lot of fish.

Regardless, much of it has to do with the targeted fish species, time of day and season, and location.

However, one thing is definitely for sure.

It's a fact that more freshwater fishing anglers catch more fish by using worms, than any other baits combined. Even though that this does include artificial worms and live worms, the fact still remains true.

What Do Fish Eat?

Fish eat worms. Day in and day out.

Worms are an easy target. An easy meal. They can't stand it. It's difficult for them to pass up. Especially if it's sitting right there in front of their face.

Look at it this way, hold out a piece of candy in front of a child's face and see how long it takes before they snatch it. More often than not they will want to eat it regardless if they are full.

You cannot necessarily provide the same argument about other types of bait. Some days fish will bite on anything thrown at them. Then other days they won't even give it the time of day. They may even stare at it or follow some offerings, but they just won't strike it, let alone nibble it.

Toss out a worm though, and it's game over. 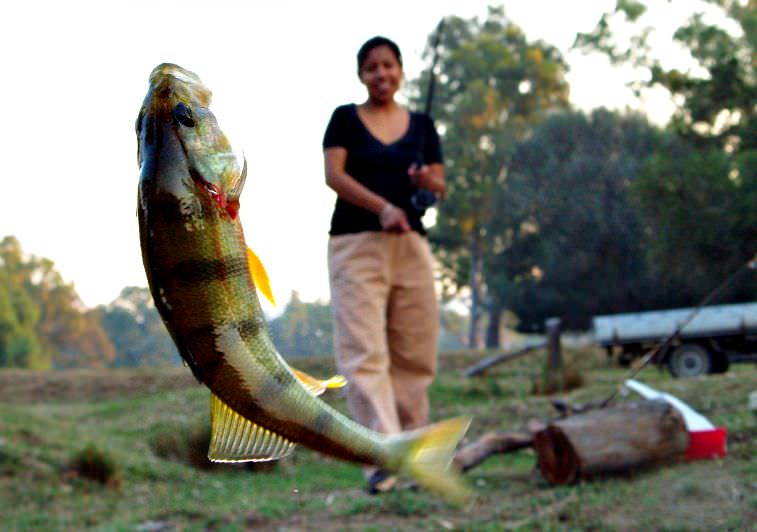 I'm not at all implying that you will catch fish every single time on every single cast. The fish are not going to just come swarming from everywhere simply because you tossed out "the best fishing bait".

You must apply the proper techniques. You must first locate the fish, or at least determine where they often hide. Then drop it in there and see what happens.

Varieties of Worms For Fish Bait

Nearly every species of fish that I have ever caught, I've successfully landed while using worms as bait at one time or another.

Of course there are different varieties of worms which work well for each species of fish. Nightcrawlers are pretty much the most common for all species of fish. There's also bloodworms, wax worms, meal worms, red worms, and many more.

Where To Get Bait Fishing Worms

I'm certain that you already know that worms can be bought at just about any bait and tackle shop around. The neat thing is that you can easily catch your own earthworms. 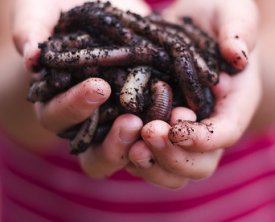 A few years ago I accidentally discovered a method for driving earthworms up out of the ground. I was rinsing out a dirty bucket which contained a little bit of sand and wet cement. The worms began burrowing up through the soil of the yard within a few seconds.

I gathered up a few of the worms and put them in a container with some of the soil. However, they died within a couple of hours.

So the next time that I did this I carefully rinsed the worms with fresh water and retrieved fresh soil from another area so that they wouldn't be exposed to the chemicals of the cement mix. Besides that, worms don't do too well in sand. The worms survived... but didn't survive the battle with the fish.

Your tackle is just as important.

Use the lightest fishing line that you can get away with. This will give the fish less opportunity to see it.

Rig the worm on the hook with as little of it dangling off as possible. You can even pinch off the dangling half. This shall prevent the fish from short biting it, or even stealing your worm completely from the hook. Gang hooks also offer a much more natural presentation while keeping more of the worm baited on it.

Choosing The Best Bait For Fishing

I must say that there are certain fishing baits that do really great for each species of fish. For example, bugs produce nicely for trout, chicken liver does well for catfish, and largemouth bass love shad. 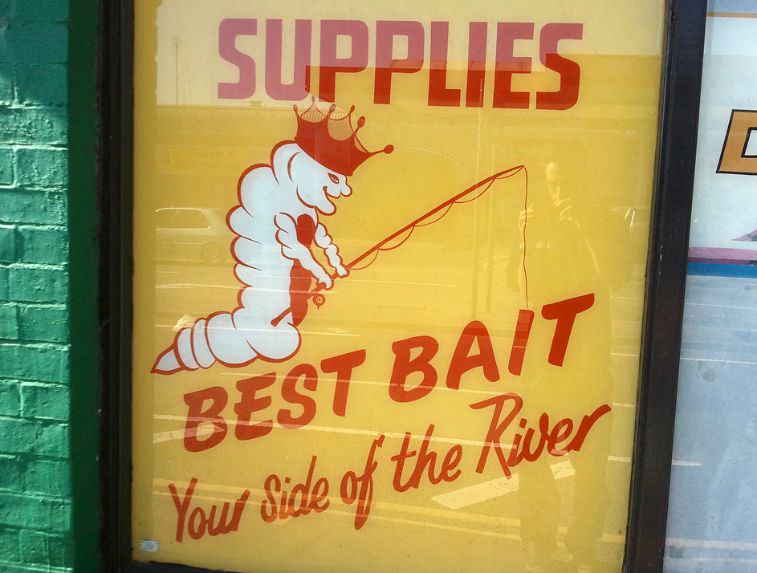 Over and above all, worms are the best fishing bait for all species of fish.